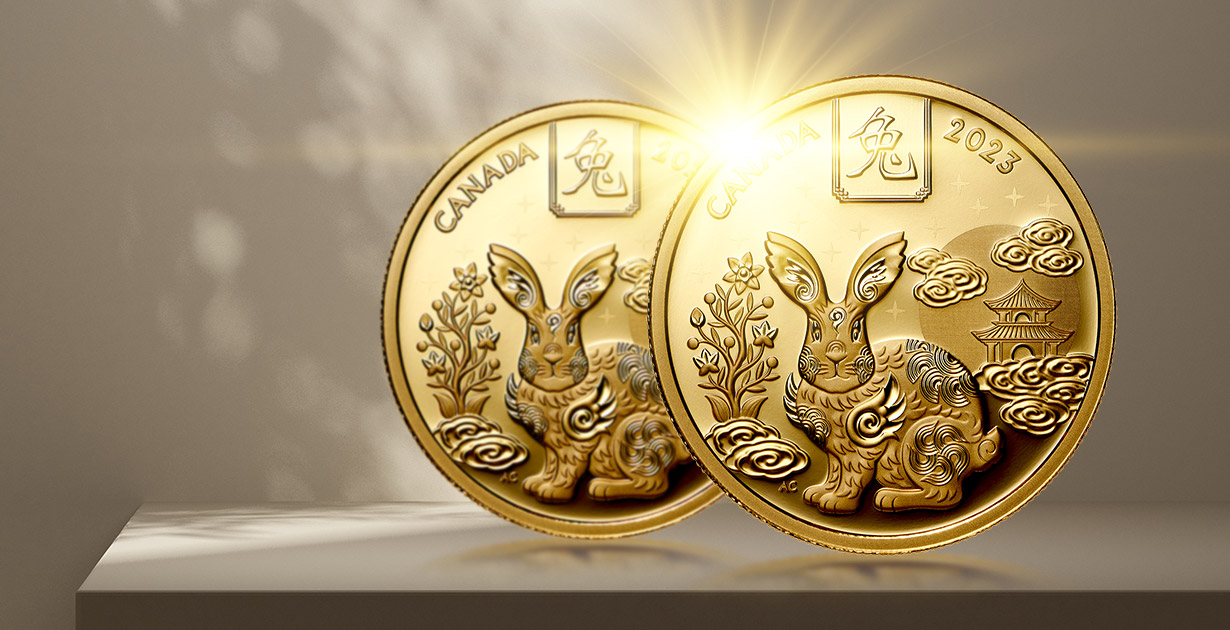 Mints celebrate the Year of the Rabbit

It is generally accepted that a rabbit is the sweetest creature, a timid and shy animal. According to Chinese astrology, the Rabbit patronizes 2023 and is characterized, first of all, by kindness, the desire for harmony, order and comfort in the house. The Chinese believe that it is the Rabbit who has determination and courage — qualities that many need in the coming year.

World-renowned mints traditionally keep up with the times and present gold coins minted specifically for the Year of the Rabbit.

The reverse of the $100 gold coin features a cute bunny with pointy ears. To the left of the 2023 symbol, mint designer Aries Cheung depicted a plant with blooming flowers and buds, on the right — a Chinese house. The coin with a diameter of 29 millimeters depicts a hieroglyph, the belonging to the Canadian state is marked, and the year 2023 is indicated. The obverse is traditionally minted with a portrait of Her Majesty Queen Elizabeth II. The reverse side of the coin was designed by Susanna Blunt. 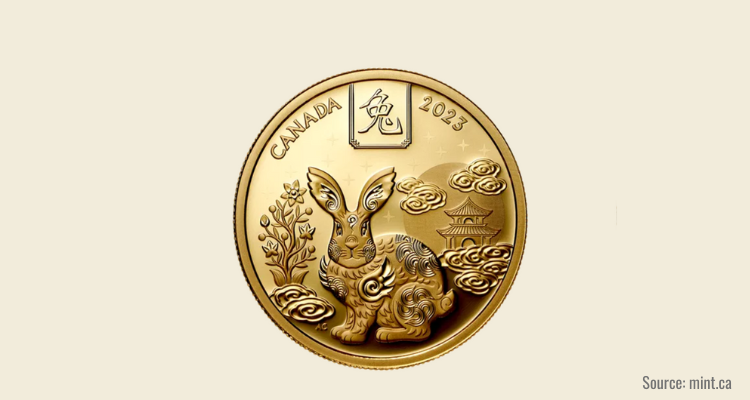 In the photo: the noble rabbit — a symbol of longevity, abundance and prosperity.

The website of the Royal Canadian Mint notes that the Rabbit is known for its attention to detail, and in a year associated with the Water element, it has the added ability to adapt to different situations in order to obtain the best possible outcome.

The starting price of the Lunar Year of the Rabbit gold coin is 2,188 Canadian dollars.

The Monetary Authority of Macau

Coins issued in southern China demonstrate the key characteristics of Macau’s World Heritage Sites and reflect the interplay between Chinese and Portuguese cultures.

The obverse design of the gold coin features a rabbit, the symbol of 2023, portrayed with vibrant display of pink colored Portuguese-inspired patterned tiles. The reverse depicts the Old City Walls in the Historic Centre of Macau, which is recognized as a UNESCO World Heritage Site. 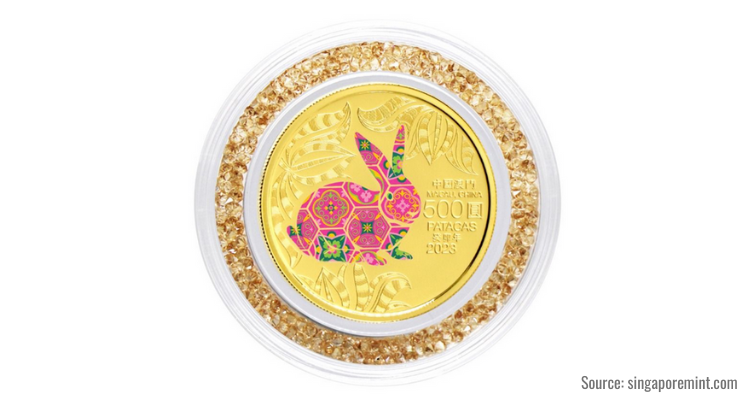 The starting price of the gold coin is 2,480 Singapore dollars.

The adorable Bugs Bunny is featured on the precious coin, the bunny prepares to celebrate the Year of the Rabbit in the lunar calendar. This is the famous hero of comics and animation, invented by animators and directors of the Warner Brothers studio. 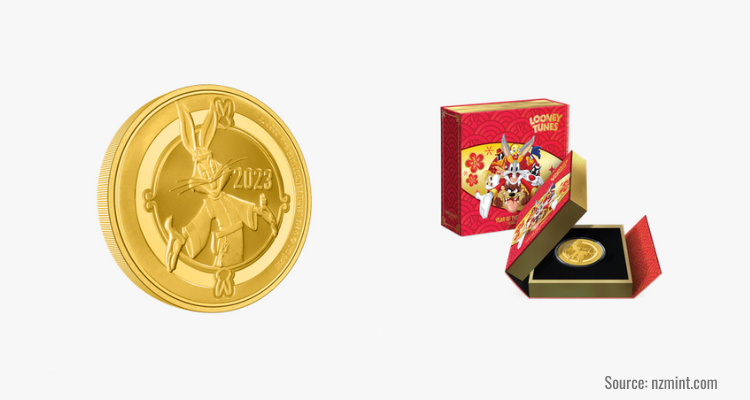 In the photo: Bugs Bunny easily defeats his enemies and symbolizes resourcefulness and fearlessness.

The precious coin with a diameter of 32 millimeters is stored inside a red box with black velvet. The obverse depicts the main character of cartoon films in the New Year’s clothes, and the year 2023 is also indicated. On the reverse, there is a portrait of Her Majesty Queen Elizabeth II and the face value of the coin — $250.

The starting price of the Looney Tunes™ Year of the Rabbit – Bugs Bunny gold coin is 2,900 US dollars.

The aforementioned gold coins are not only a rarity for collectors who want to get a unique copy, but they are also of great value as items made of the royal metal.

Mints annually present unique works of art, realizing the fact that gold coins will not lose their luster over time, will not become obsolete, but will be more valuable in the long term and even after centuries will amaze the imagination of true connoisseurs of beauty.