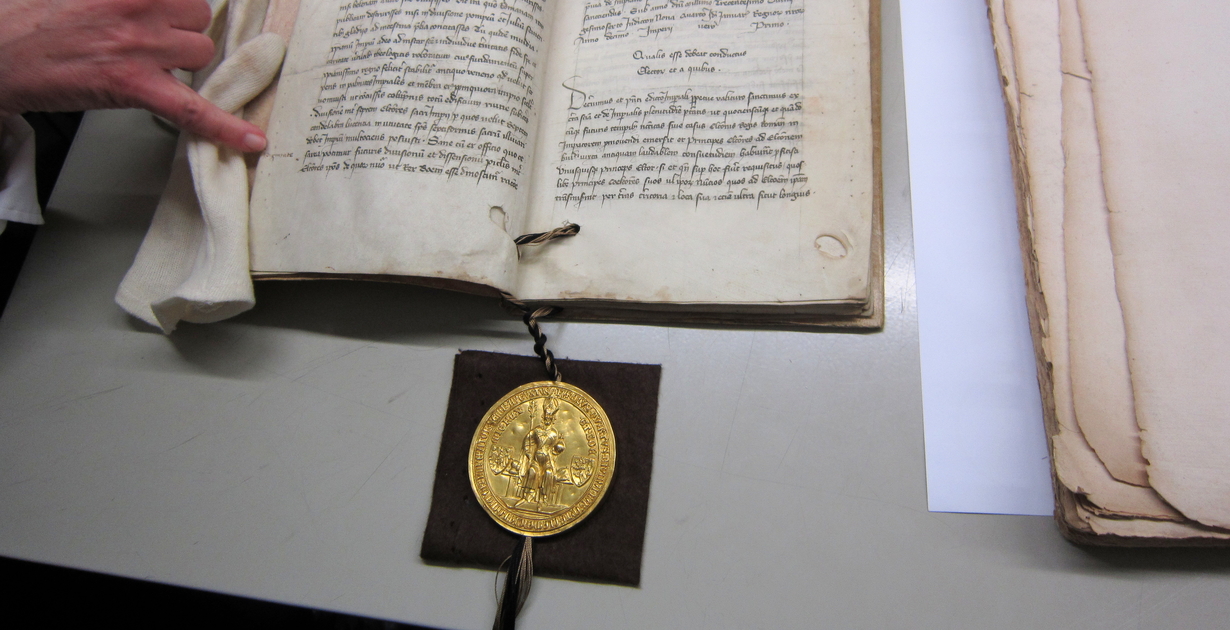 The golden bulla (bull) was a two-sided seal, with which the monarchs of Western Europe and Byzantium sealed their most important legal documents during the Middle Ages. The document itself was also referred as the golden bulla.

It was originally used by the Byzantine emperors. In the document, that was prepared in advance by the royal scribes, the king himself added some final lines in red ink. Then he signed the report by putting a special stamp on it.

Let’s review the most well-known legal documents that were sealed with golden bullas.

The Golden Bull of Sicily

In 1212, the Holy Roman Emperor issued three gold-sealed decrees confirming the hereditary royal title of the King of Bohemia. At that time, Emperor Frederick II had no signet of his own and used the seal of the monarch of Sicily – also one of his titles. A bull (in Latin: bula) was depicted on it.

The documents served as a permission to transfer the Czech crown by inheritance and legalize the borders of the Czech state (Bohemia). Ottokar I of Bohemia obtained the royal title for having supported Frederick II in his struggle for power and attempts to usurp the throne. 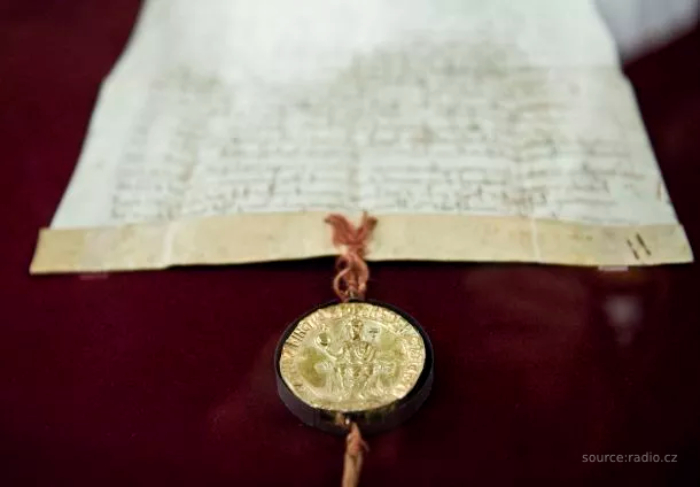 In the photo: the golden Sicilian bulla confirmed the independence of the Kingdom of Bohemia.

It was one of the first documents of that kind, ultimately limiting the power of the monarch on the constitutional level. In 1222, it was issued and signed by King Andrew II of Hungary, after the vassals almost rebelled because of facing endless oppression and rancor. The golden bulla freed the knighthood from all taxes, the knights were no longer forced to go to war outside of Hungary and had the right to revolt if the ruler breached his obligations. 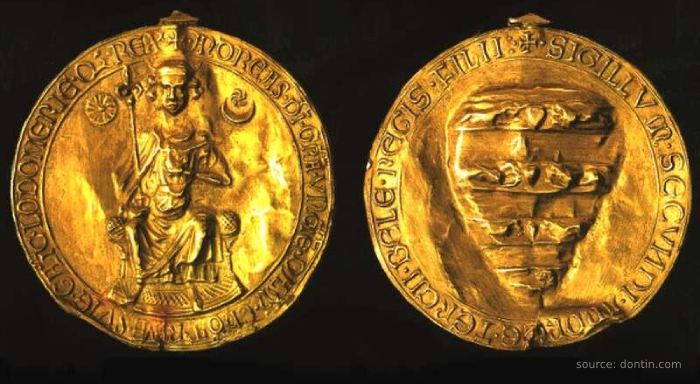 In the photo: the Hungarian bulla freed the feudal lords from the mandatory financing of the crusades.

The Golden Bull of Rimini

In 1226, Emperor Frederick II permitted the Teutonic Knights' to conduct military actions and missionary work in Prussia, spreading Christianity and claiming ownership of the lands of dukes. The letter was signed on March 26 in Rimini, Italy. Its authenticity was confirmed by the gold seal.

The most famous document in the history of the reign of Emperor Charles IV. The Latin version was issued in 1356 by the council of the Holy Roman Empire and approved by the Imperial Diet within the same year. The bulla regulated the interstate relations of feudal lords. 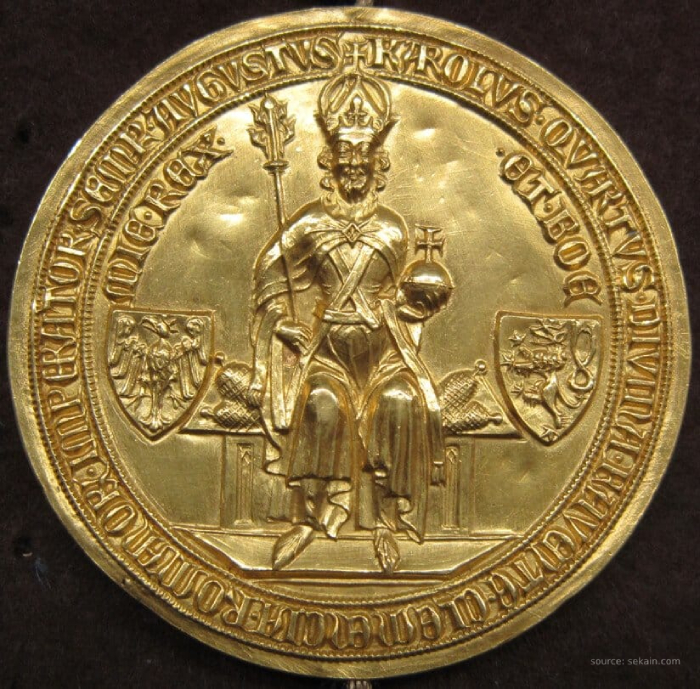 In the photo: the imperial gold seal of the famous treaty.

The decree recognized the complete independence of the dukes, allowed wars between the feudal lords, abolished the allied treaties. The duty of electing a new Emperor was now assigned to the prince-electors of the Empire, they were even allowed to mint their own gold coins.

The Bishop of Rome also sealed his decrees with similar two-sided bullas, but they weren’t made of gold. The papal papers were sealed with lead stamps and ribbons of different colors. The yellow or red silk ribbons stapled the decrees giving an official papal blessing, but the gray ribbon wasn’t a good sign, since it usually didn’t bode well for the addressee.

Аbout the Gold of Kings: The Legends of Three Crowns 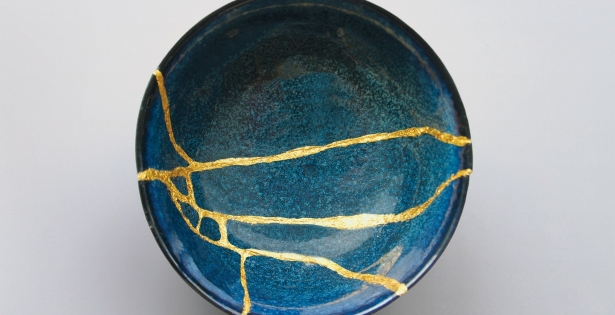 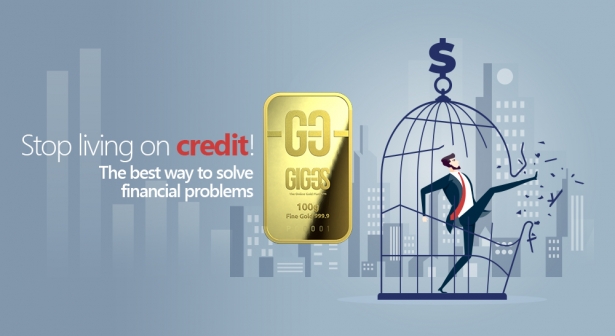 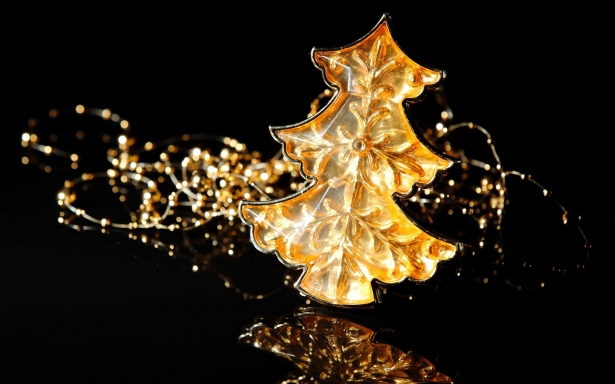