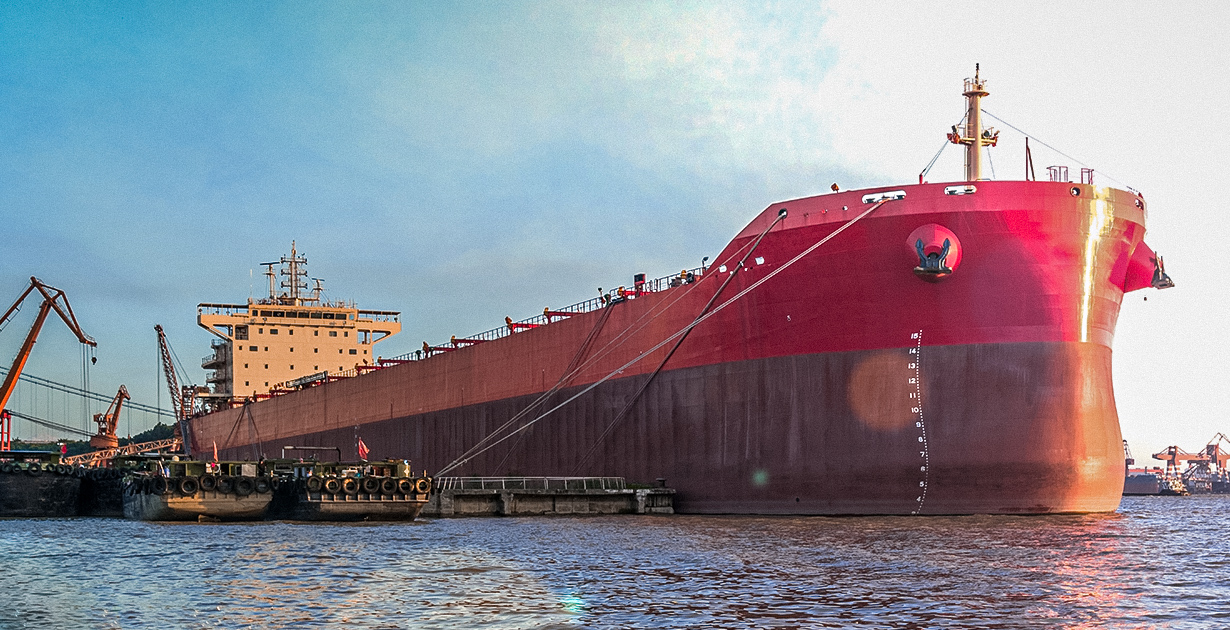 Five tons of gold from the depths of the sea

In April 1942, several cargo ships under escorted convoy of six warships sailed from Murmansk (a port city in the northwest part of Russia) to the shores of England. The military convoy was headed by the cruiser of the Royal Navy HMS Edinburgh under the command of Rear-Admiral Stuart Bonham Carter. The ship was on a special mission, carrying several tons of gold received from the Soviet Union as a form of payment for military supplies. 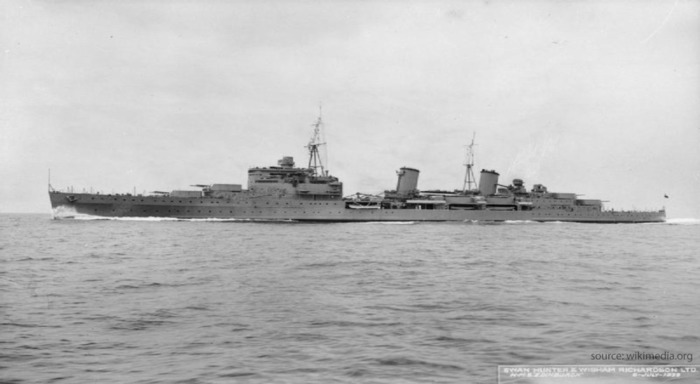 In the photo: HMS Edinburgh was the British Town-class light cruiser, built in 1938.

German military reconnaissance aircraft traced the ships and reported to their Chief Command about a group of British warships. The German authorities sent several submarines to destroy the enemy. One of the German submarines attacked the “golden” ship with explosive warheads, opening artillery fire. The cruiser HMS Edinburgh was badly damaged and could no longer sail at high speeds. Two British destroyers (torpedo boat destroyers) came to the rescue. It was intended that the ship would return to Murmansk, escorted by the warships. Within 24 hours, the ship covered a distance of only 60 miles. 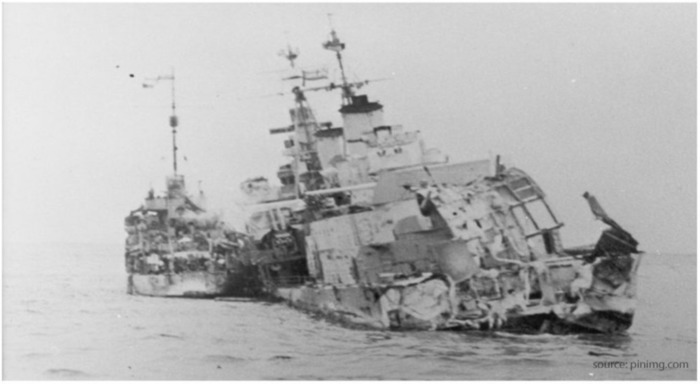 In the photo: the damaged cruiser HMS Edinburgh.

The next day, three German destroyers appeared on the horizon. A battle ensued, during which HMS Edinburgh was hit by torpedoes. The cruiser gave up the fight. Bonham Carter knew perfectly well that there was a German squadron in the ports of Norway, which at any moment could move in the ship's direction. The commander made the decision to transfer the sailors to other ships and sink the ship along with the gold cargo. Two torpedoes were fired at the damaged cruiser, and within ten minutes the ship sank… 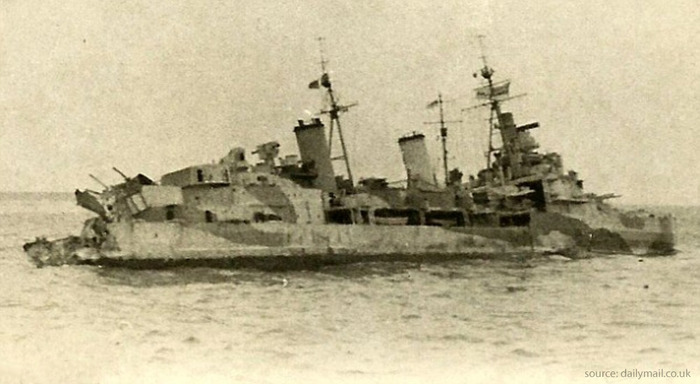 In the photo: the cruiser Edinburgh before it sank.

A few decades after the World War II, several shipbuilding companies expressed a desire to lift the precious cargo from the bottom of the Barents Sea. In 1981, an agreement was concluded between the USSR and the UK, according to which the Soviet gold, if discovered, would be divided equally among the two countries. The right to conduct the deep-sea expedition was granted to England. The British ship Stephaniturm was equipped with a powerful sonar to inspect the cruiser’s wreckage site. With its help, several hundred meters of the seabed were “explored”, and a ship with huge holes that was lying on the starboard side was eventually found. It turned out to be the sunken cruiser HMS Edinburgh.

Twelve divers from England, Australia and New Zealand began to work at a depth of 250 meters underwater. Gold bars lay in the ammunition compartment for the anti-aircraft artillery. In order to lift the gold up, divers cut a small hole in the wrecked metal hull of the ship. They gently pumped sea silt with special hoses and removed unexploded shells. After two weeks of hard work, the first gold bar was raised to the surface.

Within a month, another 430 gold bars with a total weight of 5,1 tons were extracted. Due to bad weather conditions, the underwater searches were over. In October 1981, the British ship Stephaniturm delivered a precious cargo to the port of Murmansk.

A group of divers led by Keith Jessop received a generous reward for the retrieved gold. The USSR and England, in accordance with the agreement, split the gold bars in a 3:1 ratio.

Five years later, the team returned to the ship’s wreckage site and resumed the underwater mission. Divers managed to find 29 gold bars, the weight of which amounted to 345 kilograms. Another five gold bars weighing approximately 60 kilograms were never found. 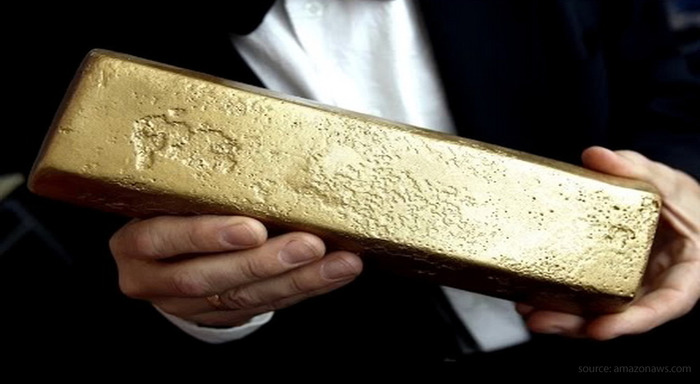 In the photo: one of the gold bars retrieved from the cruiser HMS Edinburgh 39 years after the tragedy.

95% of the sunken valuable cargo were raised to the surface. The two HMS Edinburgh expeditions are recognized as the most successful underwater missions. 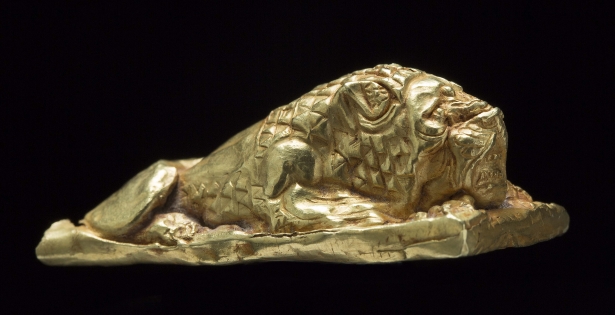 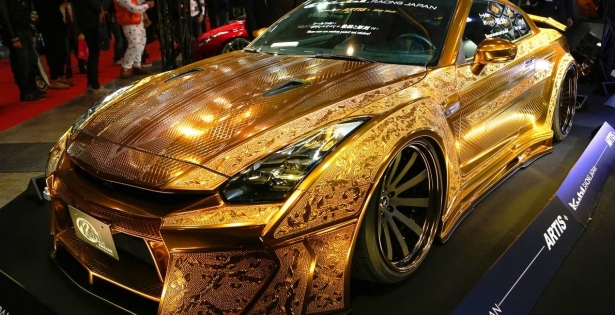